My teacher is a women :) she is from Mannheim and she speaks dialect. She is like a stand up comedian

"Lily, After all this Time?"
"Always"
Nach oben

Oh,a "english" teacher from my school speaks such a terrible english,I mean his accent/dialect or whatever ist awkward

You're sitting in class und just think :,,Dude,how the hell could he became a ENGLISH teacher???"

) will leave my school,cause my teacher doesn't get anything right

Oh no she speaks exellent British English and American English. When you sit befor her and you don't know she is german, then you think she is fom england or america!

"Lily, After all this Time?"
"Always"
Nach oben

That's the perfect situation, I mean my English teacher ist awesome,she speaks mostly american because she was there for a year :)
Dream all day.
Read all night.
Party never.
Nach oben

eah,you should probably go to her and tell her about you problem,I bet that she can help you better than I

Yes, most teachers are really glad if pupils come to them and tell, why they don't say much... or other problems.
I would say, it helps in 95%. If the teacher knows about it, it often gets easier to be more frank with him/her.

And sometimes your sitting neighbor also is important.

I first had an English teacher, she was my favorite teacher through all the time we had her in class. I sometimes had the feeling she saw me even more than my own parents. Her lessons were brilliant, I learned a lot and her pronunciation was brilliant. But then she became pregnant... and she never came back.

She's working at another school now. She had hated our class. No wonder: 31 stupid and noisy pupils who dislike every teacher who gives homework and writes tests (I'm the 32nd!

Our next teacher was a Native American and I found him really cool. He did beatboxing and he had produced a CD with funny songs which some pupils bought. He made everyone laugh. We never learnde with the schoolbook and he didn't get the class in control. Nevertheless, I learned to understand fast speaking people and how American English is like. And I learned many new words. One time he almost cries lucky tears because of me while I got an inner laughflash...

And our teacher after the Native American went away... no, I don't want to start talking about him right now, that's too difficult to imagine... 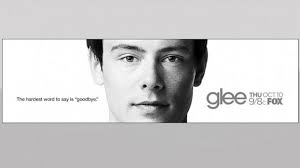 I Really like the english language! Its, and I cant really say why, a beautiful one!
I like it most of all, german is (I don't know why) boring
Zuletzt geändert von Bonni am 20.10.2014 12:50, insgesamt 1-mal geändert.
Es gibt zwei unendliche Dinde: das Universum und die menschliche Dummheit aber beim Universum bin ich mir noch nicht sicher
-Albert Einstein-

I can only thank all of you for your help

I want to try out, if it goes on.
"Lily, After all this Time?"
"Always"
Nach oben
Antworten
1122 Beiträge